CJP Broadcast delivers Live Production and Streaming for the FA Cup Semi-Finals and Final for the 2nd year in a row.

A complete system centred on a CJP Live Sports Production System captured content to supplement terrestrial and satellite coverage of the recent events, which consisted of two semi finals and the final held at Wembley Stadium in North London.

James Ruddock, technical manager at CJP, said: “COVID-19 has presented many challenges that have had an impact on how we deliver this type of live production.

“Many stadiums are now being divided into distinct zones with access between areas strictly prohibited during matchdays,” Ruddock continued. “With such restrictions in place we needed to approach these games differently, both logistically and technically. Some areas that previously would have had a physical camera operator are no longer accessible on matchdays, and so the option of using PTZ cameras remotely monitored and operated was a natural fit to allow us to gather content from these locations.”

Ruddock added: “Installation and testing of these systems needed to happen 48 hours before the match in order to avoid the zonal restrictions. However, as we have full control over every feature of our cameras, we were able to diagnose and resolve any issues remotely after the restrictions were put into place. By utilising technology in this way, we can offer solutions to our clients that enables them to continue to create content during the pandemic.”

COVID-19 restrictions meant the venue was unable to host the capacity crowds normally present at semi-finals and finals.

Chris Phillips, managing director at CJP, commented: “We were asked again to augment the traditional broadcast coverage with behind-the-scenes content. This included manager reactions during the match, player interactions in the tunnel area and a focus on key international players. The resultant video would then be made available online for easy access by supporters during and after each match. Our role was to provide a complete production system plus an experienced installation and operations crew.”

He went on: “A key part of the challenge was capturing content from ‘red zone’ areas such as the substitutes’ bench and the technical control area.”

CJP provided four JVC cameras with motorised pan-tilt-zoom, which were operated from the company’s control base on the gantry in front of the press area. Two of the cameras were positioned in the tunnel while a further two were focused on the managers’ and subs’ benches. 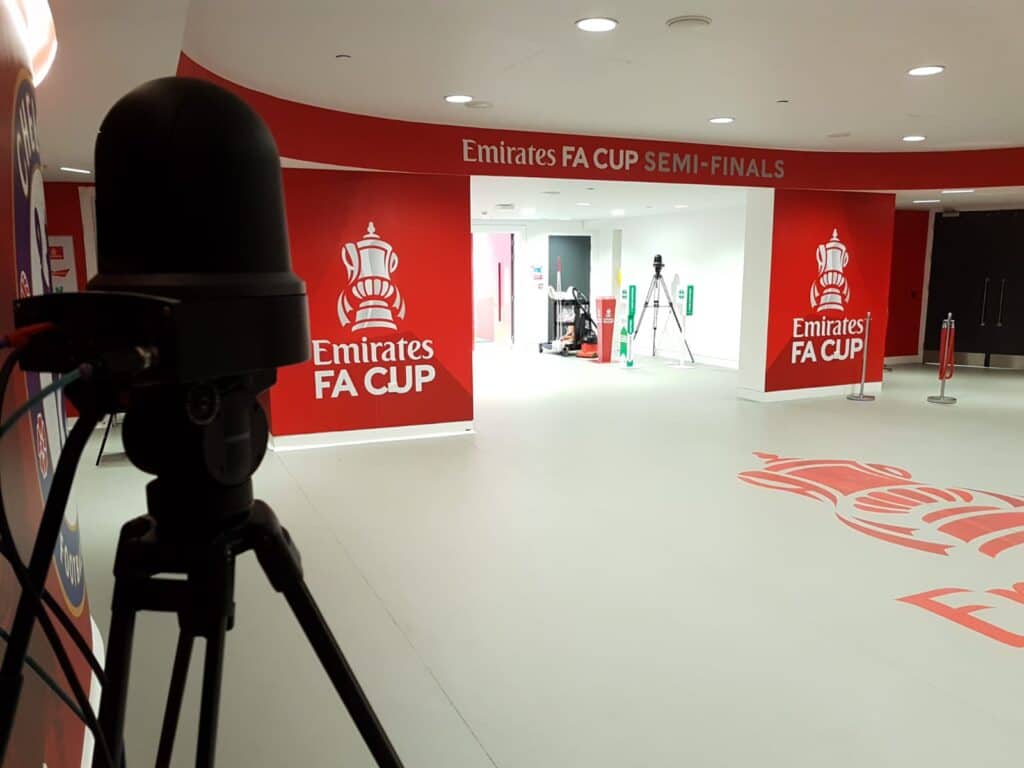 In addition to the robotic cameras, CJP had feeds from two Sony FS7 cameras provided by the host and operated by their own experienced freelancers, plus a JVC GY-HM660RE live streaming camcorder.

Phillips continued: “The Streamstar iPX allowed us to record ISO-style feeds from the six cameras and make these accessible in 15 minute segments to remotely located video editors so they could start producing final edited content while the game was still in progress. We expanded the one terabyte of onboard video storage in the iPX with a 16 terabyte GB Labs F-8 Studio recorder using a 512 gigabyte Nitro SSD Layer for ingest while editing. Content for editing was accessed from the F-8 by four edit suites. 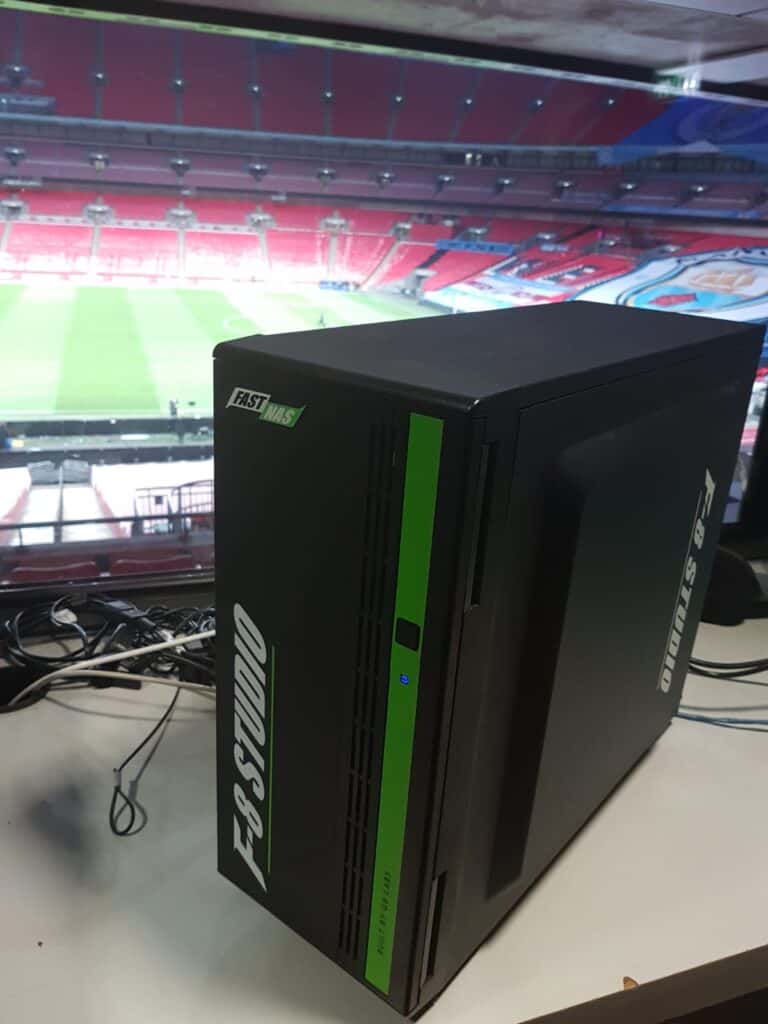 “The system also generated an H.264 RTMP live stream for practically instant publication on social media. An HD/SDI clean programme feed was also provided from our system to the host broadcaster for use as an optional contribution feed within the terrestrial and satellite transmission.”

Operation is via a touch screen and keyboard with the option of an external joystick for pan-tilt-zoom camera control. Full multiscreen monitoring facilities are included with the option of a second screen for commentator positions. An H.264 live stream can be fed directly to a TV station or third party OB control suite via a 10 megabits per second link or via 4G mobile, with the ability to simulcast to multiple platforms and in-stadium screens. Up to 96 terabytes of RAID5 storage can also be attached.